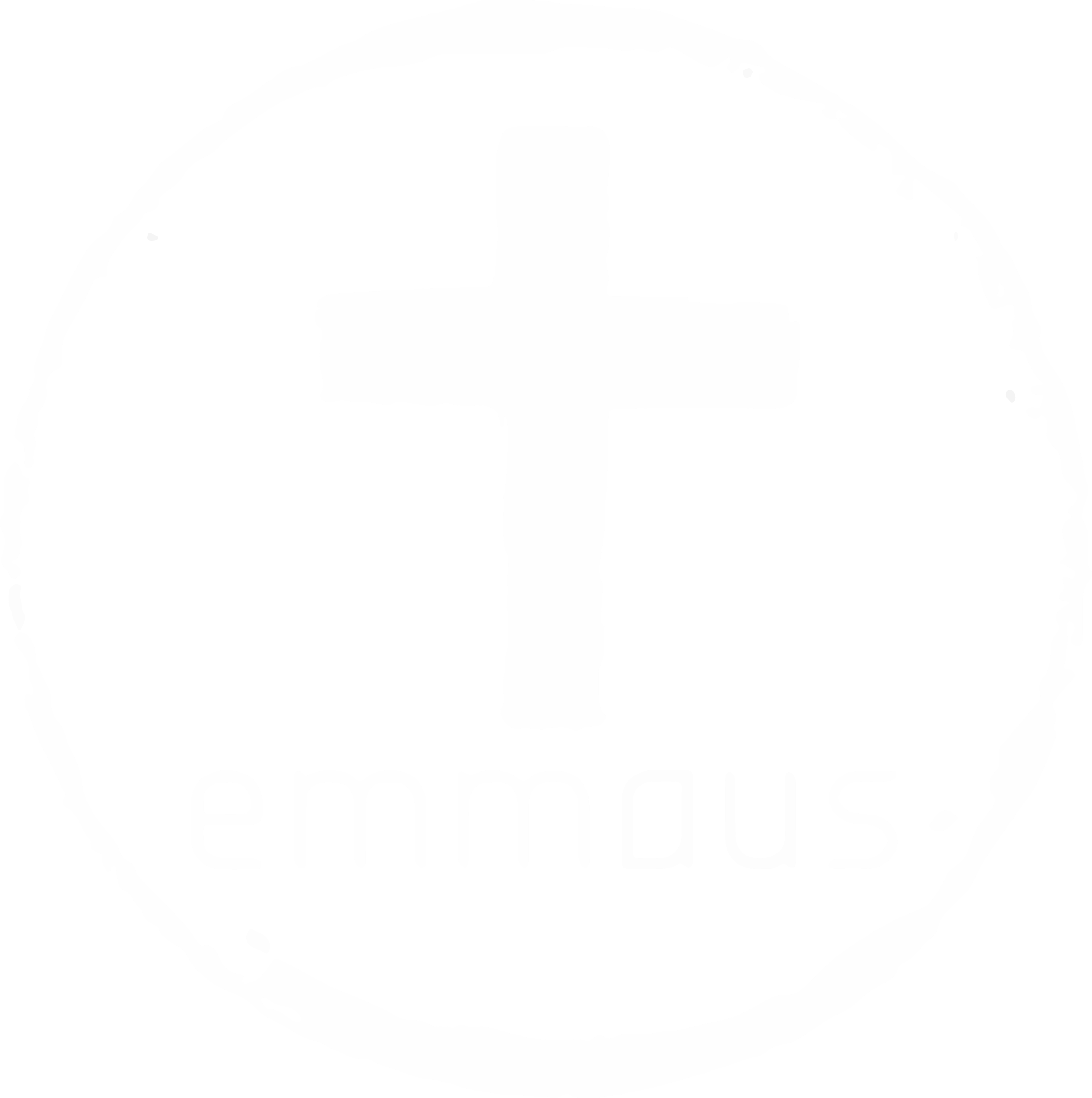 You're called to be a faithful follower of Jesus

To do that you'll need a community of believers that can help deepen your relationship with God.

It can be hard to find real church community that accepts you - without compromising on biblical teaching.

That's why Emmaus Church in Winter Garden is a place where you can gather for worship, community, and strong teaching straight from Scripture.

Worship at Emmaus is Simple

Come to Emmaus Church in Winter Garden on Sunday morning for worship and biblical teaching.

When you’re ready, join an Emmaus Group and gather with them throughout the month.

You’ll continue to grow into a faithful follower of Jesus as you surround yourself with other believers.

We believe your church community should love you for who you are - without compromising on biblical truths.

There's a lot happening at Emmaus - we don't want you to miss out. Drop your best email in the form below and we'll send you news about:

What Does Emmaus Believe?

You should know what your church believes. Emmaus Church in Winter Garden affirms the following:

The Bible is the written word of God, inspired by the Holy Spirit and without error in the original manuscripts. The Bible is the revelation of God’s truth and is infallible and authoritative in all matters of faith and practice.

All are sinners and totally unable to save themselves, except by His mercy.

Jesus Christ is the eternal Son of God, who through His perfect life and sacrificial death atoned for the sins of all who will trust in Him, alone, for salvation.

The Holy Spirit indwells God’s people and gives them the strength and wisdom to trust Christ and follow Him.

There is one God, who exists eternally in three persons: the Father, the Son, and the Holy Spirit.

God is gracious and faithful to His people not simply as individuals but as families in successive generations according to His Covenant promises.

All aspects of our lives are to be lived to the glory of God under the Lordship of Jesus Christ.

Jesus will return, bodily and visibly, to judge all mankind and to receive His people to Himself.

Emmaus is an Independent Reformed Church in Winter Garden, Florida.

These are some of the people that will help you grow into a faithful follower of Jesus. 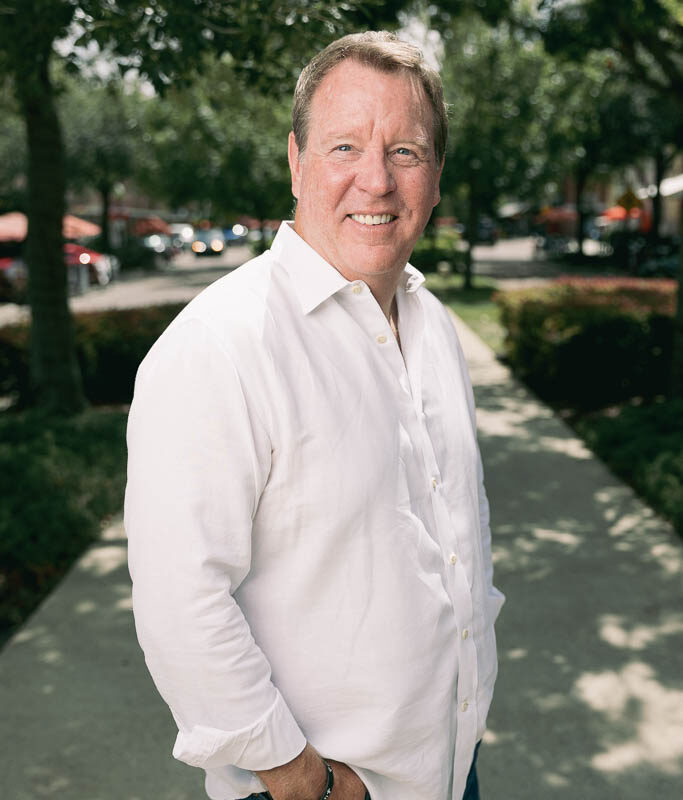 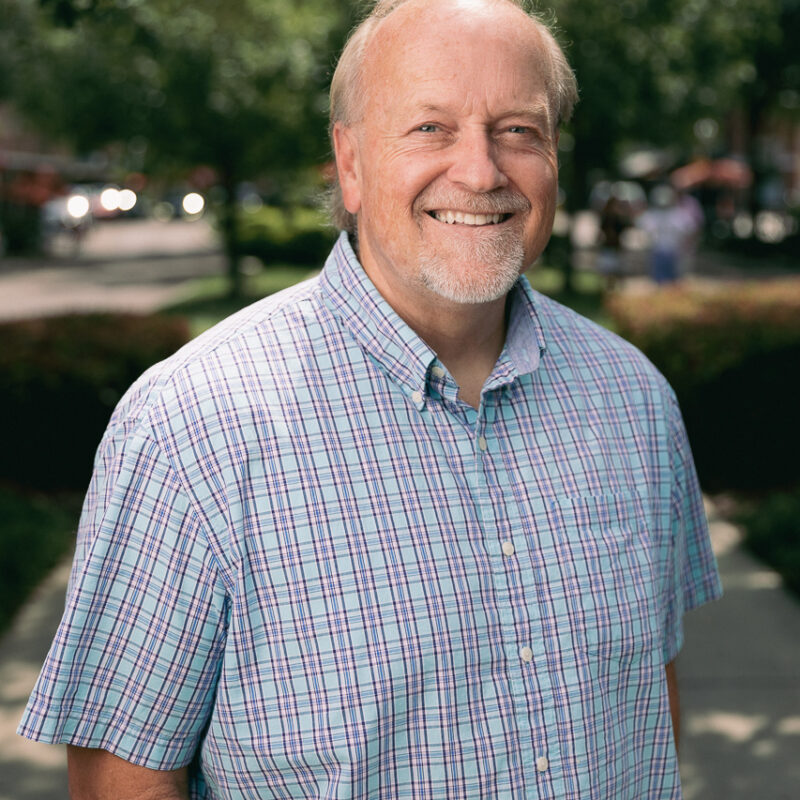 Assistant to the Pastor 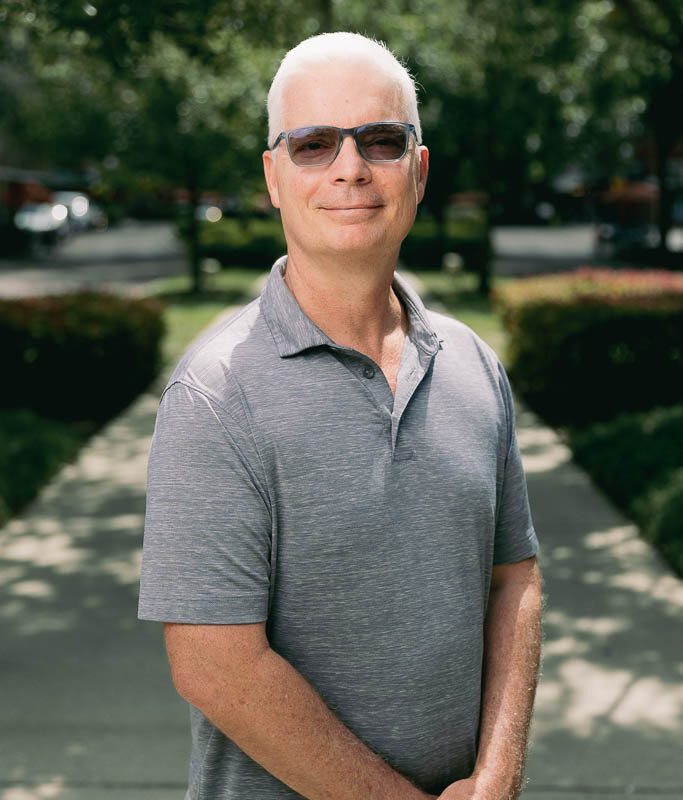 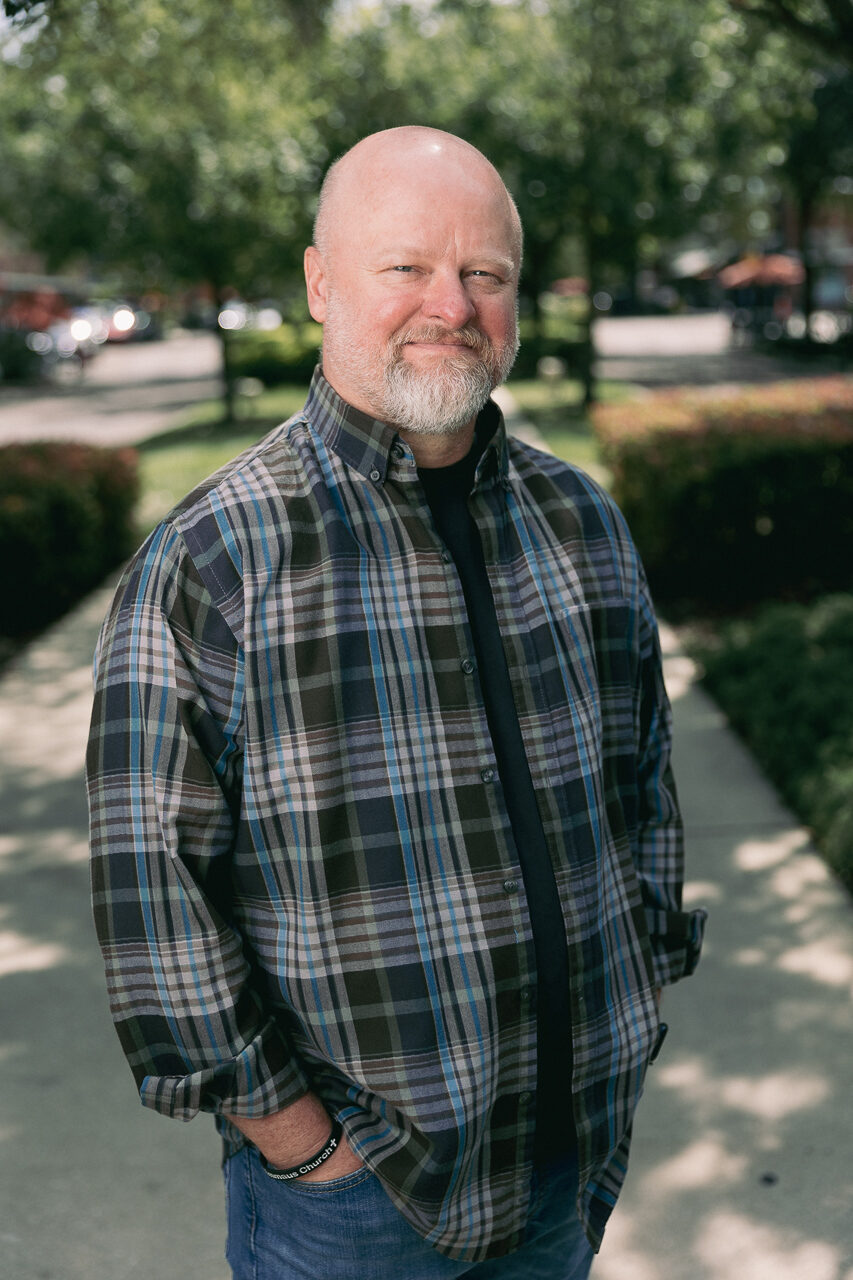 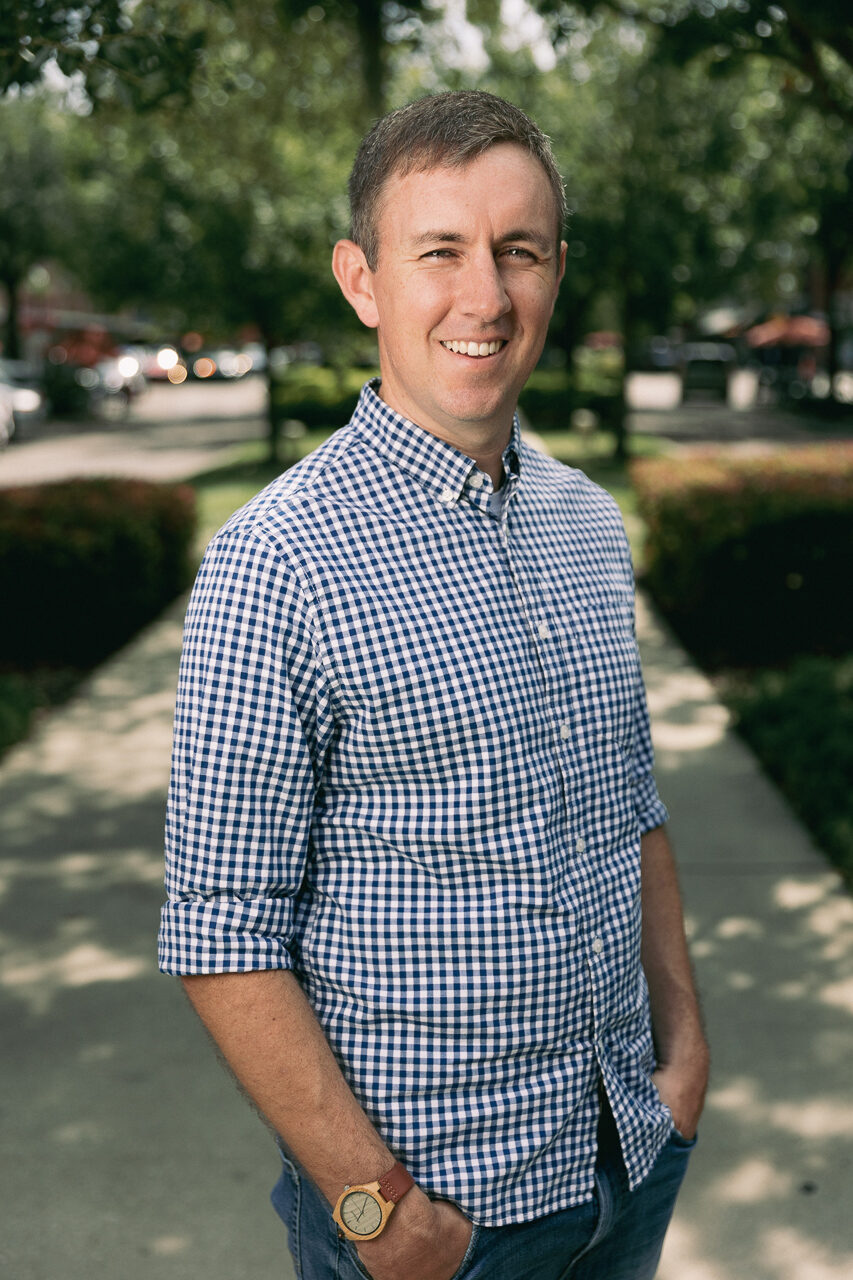 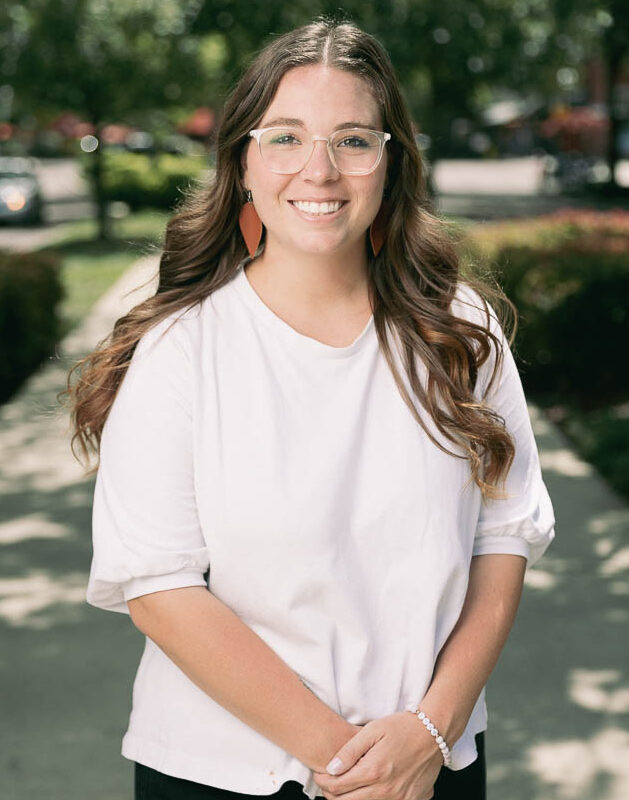 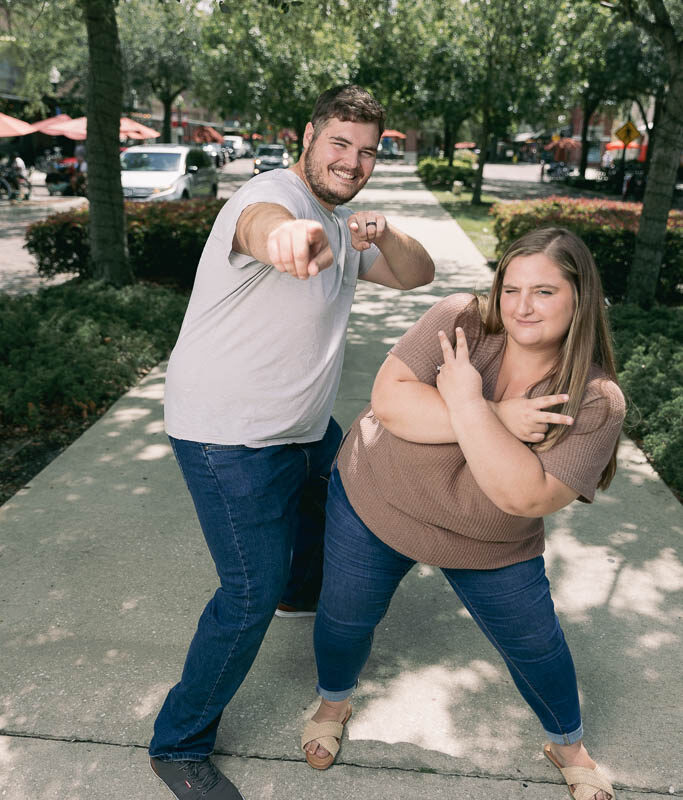 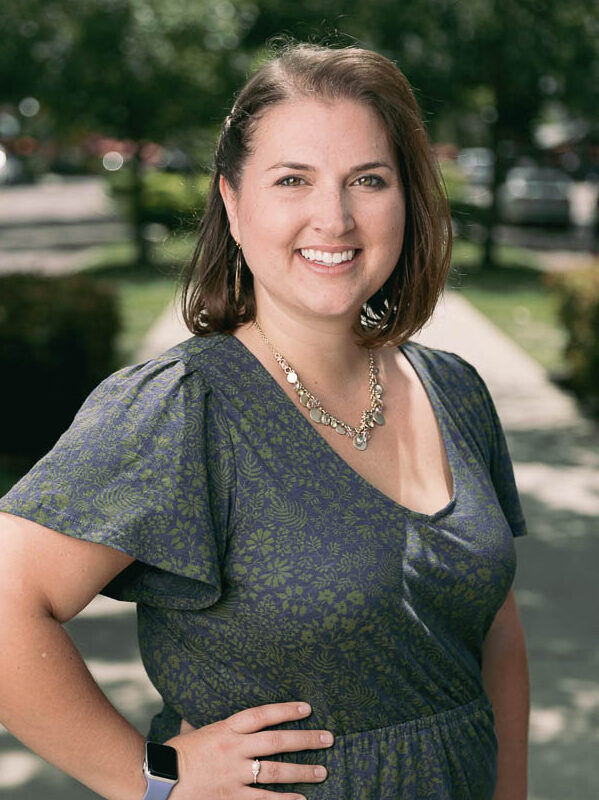 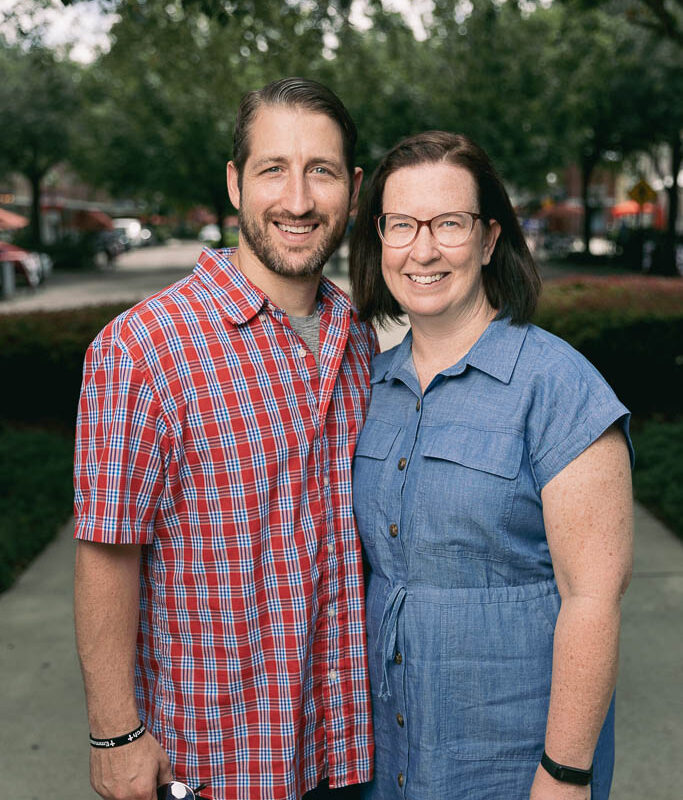 Attending a new church can feel intimidating. We want you to feel confident about visiting Emmaus. Here are answers to some common questions that visitors ask before worshiping at Emmaus.

Worship at Emmaus
Where is Emmaus Located?

Emmaus is a Christian Church located in Winter Garden, Florida. Emmaus gathers on Sunday mornings in the Garden Theatre on West Plant Street.

Is it OK to come to Emmaus if I'm not a Christian?

Absolutely! We hope that someday you’ll give your life to the Lord and become a faithful follower of Jesus – but you won’t be pressured by us to make any commitments of faith, and you’ll enjoy the community at Emmaus even if you’re not currently a Christian.

How do I get plugged into the church?

There are 4 things you can do to get plugged in at Emmaus Winter Garden.

1) Join an Emmaus Group and/or a Bible Study. Emmaus Groups meet once a month in a member’s home. Bible Studies happen throughout the month. These will help you get to know Emmuas’ community better, and they’ll serve to grow you into a faithful follower of Jesus.

2) Serve at Emmaus. There are a variety of volunteer and outreach opportunities. Contact Emmaus to plugged in.

3) Become a Member. There’s no requirement to become a Member at Emmaus, but it does involve an extra level of commitment to your church community that will help you feel more plugged in.

4) Get Emmaus News. Emmaus News will keep you in the loop on Church updates, events, and more. Tap here to return to the home page and fill out the “Get Emmaus News” form to get signed up.

If you need prayer or support, Pastor David and the Elders are accessible after church and would love to pray with you and even set up a time to meet with you later in the week.

Am I too young or old for Emmaus?

Not at all! The average age group at Emmaus hovers somewhere in the mid-thirties. But the Emmaus community is made up of people from all age groups and stages of life – from college students to the elderly. No matter your age, Emmaus can help you become a faithful follower of Jesus.

What do I wear? Does this church have a dress code?

Wear what you’re comfortable wearing. Some churches stress wearing your “Sunday Best” – but Emmaus hopes you’ll just be yourself.

Do I have to give money to your church?

Nope. The offering that we collect on Sundays is for people who call Emmaus their “home” church. If you’re new to Emmaus, your gift to us is your presence!

What services do you have available for children?

Emmaus has an incredible children’s program. Tap here to see how Emmaus Kids can serve your family.

What Christian denomination does Emmaus belong to?

Emmaus is a Reformed church in the Presbyterian Tradition.

Reformed church theology believes Christians do not earn their salvation, but that it is a wholly unmerited gift from God, and that good works are the Christian response to that gift.

Do I have to belong to your denomination to attend?

Emmaus’ preaching is primarily expository. Expository preaching involves a comprehensive explanation of the Scripture. It presents presents the meaning and intent of a biblical text by providing commentary and examples to make the passage clear and understandable.

Emmaus hopes this style of teaching will help you to understand the meaning of the Bible, verse by verse.

Tap here to listen to past sermons on Spotify.

How do you pronounce Emmaus?

Emmaus is mentioned in the Gospel of Luke as the village where Jesus appeared to his disciples after his crucifixion and resurrection.

Emmaus began in the fall of 2011. Members of a bible study that gathered in a living room near Winter Garden, requested that Pastor David start a reformed church in Winter Garden. The Lord had already been working in Pastor David’s heart about doing just that. Led by Pastor David, the little Bible study of 15 people moved forward with the church plant. Now they needed a place to gather.

Pastor David was approached by another church plant in Winter Garden with an opportunity. They were leasing space in an office park off Colonial Drive – across from Maryland Fried Chicken. The location was near downtown Winter Garden, and the church offered to share the space by renting it on Sunday evenings. Emmaus accepted the offer and started meeting on Sunday nights on December 11, 2011.

Emmaus grew slowly and steadily over the next five years, meeting on Sunday evenings, enjoying powerful worship, developing strong relationships, and solidifying a strong church family. Although this was a great space for Emmaus to launch, the evening service – and a children’s room across a dark parking lot – presented challenges.

In the Fall of 2016 Emmaus was approached by the Garden Theatre and asked to consider leasing the theatre on Sunday mornings. Emmaus was currently meeting in a 100 seat space in an office park, using another church’s equipment. The Garden Theatre had 300 seats. This presented a great opportunity for growth – but it would be a major undertaking.

Emmaus would need to purchase its own sound equipment. The theatre was more expensive to rent – and the Winter Garden Church would also need to lease the Garden Ballroom for its children’s ministry. Some of the church leaders were nervous about taking on the added responsibility. After much prayer, and planning, Emmaus decided to answer the call.

The Emmaus community was convinced that God was calling them to gather as a church in the heart of Winter Garden. They entered an agreement to lease the theatre – and the ballroom – in January of 2017. Before moving to the theatre, they would need to raise funds: 6 months of additional rent, and the funds to purchase the sound equipment they need for their new church home.

Emmaus embarked on a fundraising campaign entitled Answer the Call. It included an appeal for donations, a silent auction, and other fundraising events. The Emmaus family raised all of the funds needed to relocate and move its church gathering to downtown Winter Garden. On January 8, 2017, Emmaus had its first church service at the Garden Theatre.

The transition to the Garden Theatre was covered by the Orange Observer.